Is there a more amiable guy working in comedy today than Paul Rudd?  Whether playing a cynic or a sap, he always comes across as the guy you want to have a beer with.  Easily gliding amongst bigger players in the cutting edge works of David Wain, Judd Apatow and Adam McKay – the men who have redefined comedy in the past decade – Rudd has emerged as the most likable, easy-going and authentic of the lot.  In Our Idiot Brother, a film designed around his incalculable charms, Rudd shines in his first film where he is the sole headliner. END_OF_DOCUMENT_TOKEN_TO_BE_REPLACED

The Tree of Life - Submerging memories through film.

Still awash in fresh memories of Terrence Malick’s The Tree of Life, I watched for the first time Andrei Tarkovsky’s 1975 film The Mirror.  The problem I’ve had with Tarkovsky films in the past (especially Stalker, which I found tedious and nearly impenetrable though certain moments and images have stubbornly stuck with me) is that I feel like you need an advanced degree in Russian history to understand the context and symbolism.  With Malick’s film, however, illuminating the way, I found Tarkovsky’s The Mirror to be deeply rewarding on multiple levels, and it emerged as an unforgettable cinematic experience deserving of repeated views.

The two films are strikingly similar: deeply personal, semi-autobiographical, supplemented by other art forms (classical music is used exquisitely in both, while The Mirror also drew upon original poetry) and constructed in a stream-of-consciousness style made to evoke dreams and memories.  Both films are deeply rooted in the childhoods of their makers. END_OF_DOCUMENT_TOKEN_TO_BE_REPLACED 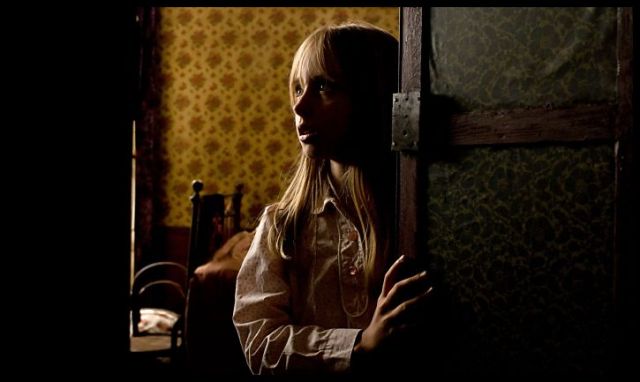 What choice did little Sarah have in a world gone mad?

It’s tempting to look at old pictures and imagine the history and stories of the people in them.  It’s a way to reach into the past.  It’s a way to invoke nostalgia.  It’s a way to uncover secrets.  It’s become a growing trend amongst Holocaust scholars to move away from the almost unfathomable statistics and instead focus on the faces…the pictures…the singular stories…the individuals.  Nowhere is this more apparent than in Manhattan’s equally magnificent and somber Museum of Jewish Heritage, where an entire wing is dedicated to the display of thousands of family photographs that give the horrors of war a back story and a face.
At a crucial moment in the new French film, Sarah’s Key, our privileged protagonist comes across the photographs of two small children during the course of an investigation.  Up until that point, she was merely crafting a story – but now there were faces to that story.  It was real.  One can’t help but think this notion weighed heavily on the mind of novelist Tatiana De Rosnay as she penned her shrewd Holocaust tale.  Sarah’s Key is part of the complimentary literary/film movement to this Holocaust scholarship where faces replace stats.  Like Sophie’s Choice, The Boy in the Striped Pajamas and The Reader, Gilles Paquet-Brenner’s film is an adaptation of a novel thick with moral complexities where the audience is asked not “Why did this happen?” but instead “What would you have done?”  In these elaborate historical fictions inspired by decades of staring at old photographs, we are asked to step into the shoes of those who did anything to survive and those whose lives were threatened leading to complicit acts that made them explicit accomplices or blindly apathetic to the crimes against humanity. END_OF_DOCUMENT_TOKEN_TO_BE_REPLACED 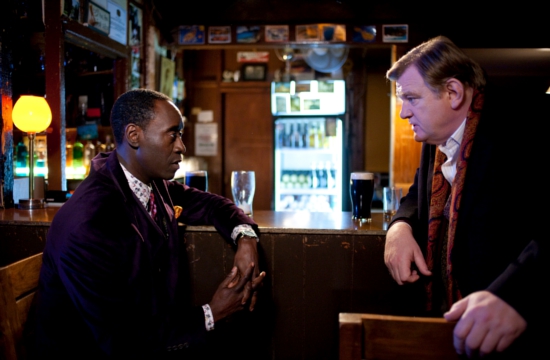 In the picturesque, green and blustery, west coast Irish hamlet of Connemara, an oddball but endearing local cop (Brendan Gleeson) ends up working a case with a no-nonsense FBI agent (Don Cheadle) after his new partner disappears and some international drug smugglers come to town in The Guard.  It’s the “fish-out-of-water” buddy-cop stuff we’ve seen time and time again, but writer-director John Michael McDonagh attempts to put a new spin on it, just as his brother, Martin McDonagh (who serves as one of the producers here) put a new spin on the hit-man-in-crisis dark comedy a few years earlier in the far superior In Bruges.  I really wanted to like The Guard, but spare for Gleeson’s solid performance, it feels tired, tonally off and forced. END_OF_DOCUMENT_TOKEN_TO_BE_REPLACED 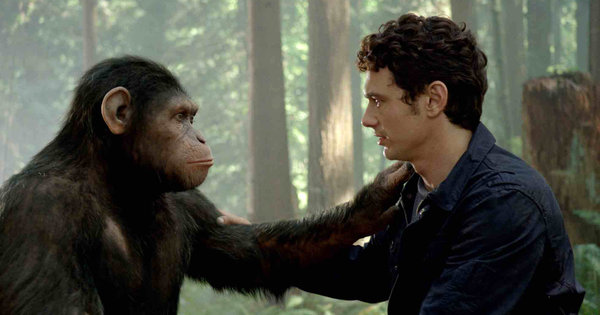 When the trailers first hit the market for Rise of the Planet of the Apes, I was not impressed.  Here it seemed Hollywood was yet again rehashing an old franchise that didn’t warrant revisiting.  The effects didn’t look very good, and the story seemed as silly as ever.  Sure, I enjoyed the original films as a kid, but even then I recognized them as high camp, and their lame attempts at social commentary were lost inside of actors in goofy ape suits and Charlton Heston’s comical over-emoting.  But then the film came out this past weekend, and the good buzz was palpable and made me think I should check it out in spite of my misgivings.  I come before you, my readers, willing to admit when I am wrong.
The Rise of the Planet of the Apes is the best reboot of any franchise since Batman Begins.  It’s also the most fun I’ve had watching a sci-fi morality tale since District 9.  While it lacks District 9‘s satirically leanings and over-the-top gore, it makes up for it in character development and emotional involvement.  Whereas the original series clumsily drew parallels to the Civil Rights movement, this new incarnation goes back to the age-old warnings against Man abusing Nature and underestimating the power of animal instincts. END_OF_DOCUMENT_TOKEN_TO_BE_REPLACED 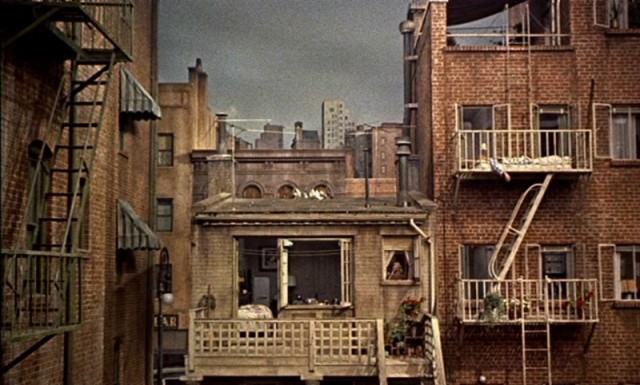 In many ways, it’s difficult to look back on a decade in film through which one did not live and see the big picture.  My view of the 1950’s is colored through black-and-white lenses – through the genres I love and turn to again and again no matter from which generation they sprang – the tales of the psychological, the thrillers, the noirs and all that seedy, dirty business.  In the 1950’s that business was booming.

We had Alfred Hitchcock (Rear Window, Vertigo, North by Northwest) in his Renaissance period, Henri-Georges Clouzot (Wages of Fear, Les Diaboliques) and Billy Wilder (Sunset Blvd.) still in their prime, Jules Dasin (Night and the City, Rififi) at the height of his game, and Fritz Lang (The Big Heat) and Carl Theodor Dryer (Ordet) delivering their final masterpieces.  Meanwhile, a new wave of filmmakers (Stanley Kubrick, Ingmar Bergman, Sidney Lumet and Francois Truffaut) sought to define their own styles and first make a name for themselves.

The 1950’s were epitomized by the two big P’s – Prosperity and Paranoia.  END_OF_DOCUMENT_TOKEN_TO_BE_REPLACED

It’s one of the greatest questions of modern times – is the order in which you place films in your Netflix queue victim to the luck of the drawl or is there a definitive art to this endeavor? 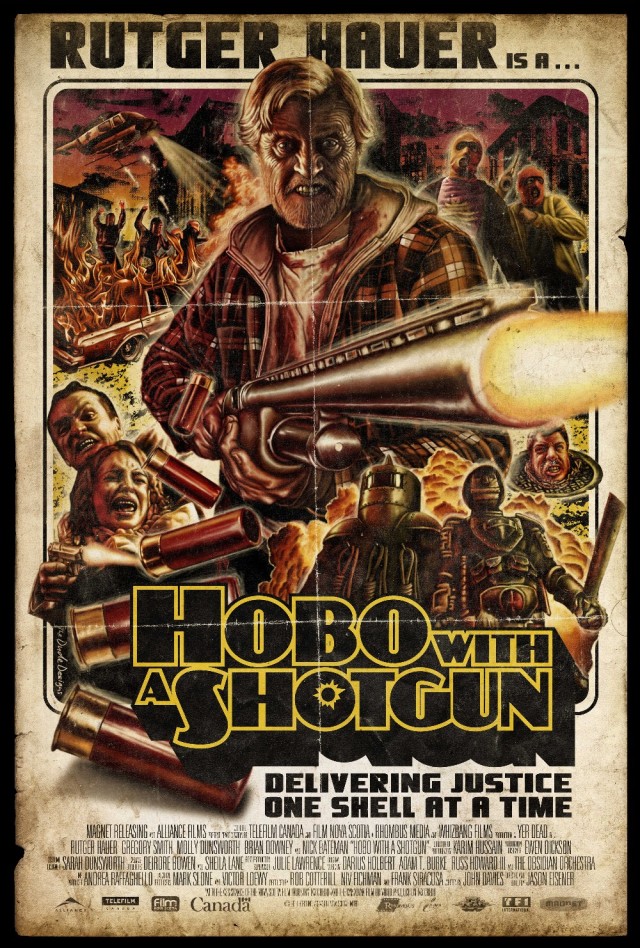 It is what it is, folks!

Sometimes I place movies in my queue I feel I need to watch just to say I watched them (even an amateur film critic like myself has to keep up with the latest releases no matter how bad I know they will be) or that I know will be gleefully awful (hello to you, my laugh-out-loud friend, Hobo With a Shotgun).  But for the most part, I’m pretty selective in my choices and I try to find a balance in how I order my queue so that I have a steady and proportional stream of “I know these will suck” entries mixed with highly anticipated new releases and classics I’ve been long overdue to uncover.

Lately I’ve been struck with a series of disappointments that serendipitously found their way to the top of my queue. END_OF_DOCUMENT_TOKEN_TO_BE_REPLACED