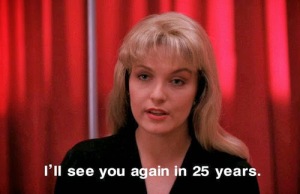 Did the faithful ever really doubt that we would see them again 25 years later ?

Twin Peaks is Happening Again…on Showtime…for a limited 9 episode run in 2016 to be directed in whole by David Lynch with scripts by Lynch and Mark Frost.  It will pick up exactly 25 years later just as Laura had always promised us.

I really can’t think of any better news or anything else to say.

Get that coffee and pie ready.  2016 is gonna be a damn fine year for television.  Damn fine!

And smell those trees!

Check out the official news on Variety. 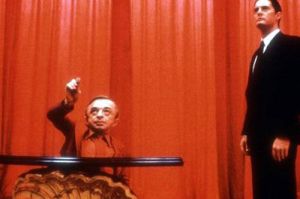