It’s time for the fourth edition of #SundayStories where each week I reveal the inspiration behind one of the eleven twisting tales from my short story collection, And Then We Vanish.

“Boko Haram’s Greatest Hits” came to life when I was snowed in it at my future wife’s apartment in the Mt. Airy section of Philadelphia. I used the term snowed in loosely – it was an overhyped non-blizzard event, but I was spending the night anyhow and decided to work-from-home from her place the next day when I trudged down (through the epic white dusting and slush) to a local bar (McMenamin’s Tavern) for lunch and overheard an awkward conversation between two strangers…who became the mysterious Jasmin and the hapless Wes in the story.

The story was originally published last year by A Million and One Magazine, which sadly no longer appears to be in existence.

Buy the paperback from Amazon for $9.99.

Download a copy to your Kindle for $3.99, or with your subscription to Kindle Unlimited.

Ask your local indie bookstore to stock their shelves through Indiebound.

Add And Then We Vanish to your Goodreads “Want to Read” pile. 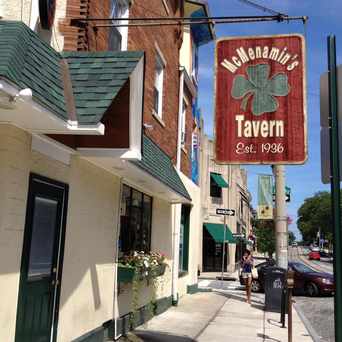