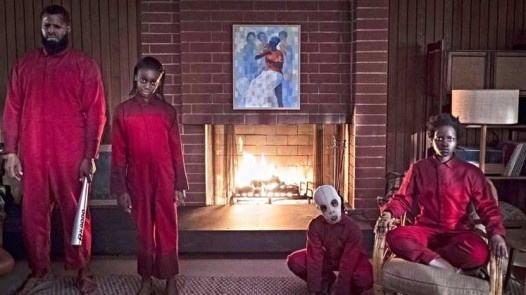 I was six years-old in 1986, and I have a vivid memory of the Hands Across America initiative. We were visiting my aunt’s house on the day it was to happen, and I thought that people were actually going to step out of their houses at the designated time and literally hold hands across the entire country. How disappointed I was when I eagerly ran out of my aunt’s house onto her front porch and saw no one holding hands. Jordan Peele must have had a similar memory, and he uses that sense of disappointment in hope as a set-up to his newest complex and fitfully terrifying horror opus, Us.

There’s a palpable sense of dread in the film’s 1986 prologue where a little girl wanders away from her parents at a Santa Cruz fun fair and has a harrowing experience in a house of mirrors. Later, as an adult, that same little girl finds herself back on that beach during a family vacation that leads to a home invasion by a red-suited, scissor-carrying family of shadows. Dopplegangers brood throughout Peele’s sophomore effort as a writer and director, and with a larger budget, he casts his net of ideas broader than he did in the succinctly satirical Get Out. There’s a lot going on here, and Peele has clearly found his groove in setting a unique mood, cutting tension with his now signature sense of humor, and then going all out in turning modern horror film tropes on their head. Bunnies and beaches, social commentary and mass killings, ballet and butchery…it’s all on the table, and it’s gripping, fascinating and sometimes confounding. Peele leaves no horror cliché unturned, including the twist ending, which I assumed during the first sand-tray therapy scene. In lesser hands, it could have become a bloody mess, but Peele shows complete control of his runaway train wreck. END_OF_DOCUMENT_TOKEN_TO_BE_REPLACED 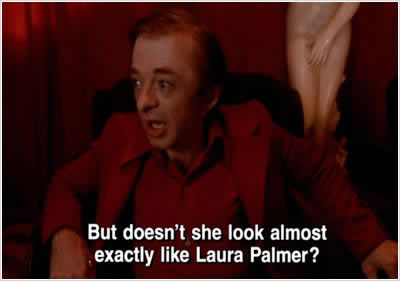 Many people have tried…and failed…to recapture that spirit of Laura Palmer. But there will only ever be one Laura Palmer. And one Twin Peaks.

It’s hard to believe it’s been over 23 years now since Twin Peaks graced the small screen, but even though it aired for only a year and a half, its legacy can still be felt today on television and in film in works like Top of the Lake, Stoker and Bates Motel – though only ones of these, thanks to the amazing lead performance of Vera Farmiga in Bates Motel, hints at anything memorable. 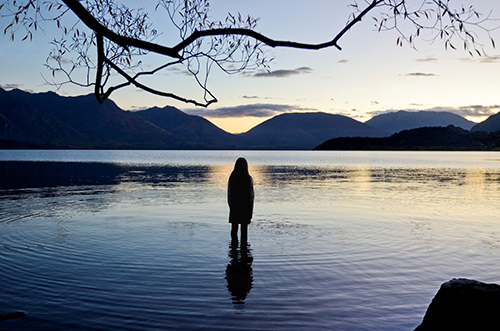 Jane Campion’s TOP OF THE LAKE attempts to be haunting, but comes up all wet.

Currently on the Sundance Channel, the New Zealand set slow-boil mystery, Top of the Lake, borrows liberally from David Lynch’s signature series. Film auteur Jane Campion follows in Lynch’s footsteps by turning to television with this melancholy miniseries chronicling a Sydney detective (Mad Men’s Elizabeth Moss, boldly against type) returning to her remote New Zealand home town (an eerie down under mirror of Lynch’s Pacific Northwest with its mountains, lakes and dark woods) to care for her cancer-stricken mother only to get sucked into the local mystery surrounding the disappearance of a pregnant twelve-year old who just so happens to be the illegitimate daughter of the town drug lord.