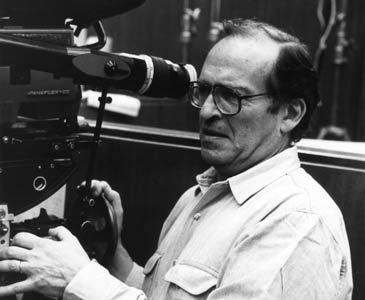 Legendary filmmaker Sidney Lumet (1924-2011), whose cinematic depiction of his hometown of New York is rivaled only by Martin Scorsese and Woody Allen in terms of lasting and prolific impressions, passed away in Manhattan on Saturday, April 9th, at age 86 from lymphoma.

You can’t say the man didn’t have a long and fruitful life, as he directed films for over half a century from the 1950’s all the way through the 2000’s, with successful stints directing stage and TV as well.  I had feared for a while Lumet might be near the end as the workaholic who never turned down a job had no projects in the works since 2007’s Before the Devil Knows You’re Dead, which I initially named as the second best film of that amazing year behind only There Will be Blood.

For me, Lumet will always be remembered for directing one of my top five favorite films of all time – Network.

A master at directing ensembles and eliciting Oscar-winning performances from his casts, Lumet traversed genres and time, though those who argue he never developed a signature style are misguided.  His classical use of framing, expert editing and astute attention to “The Performance” of those in front of his camera are interwoven and finely tuned throughout his greatest works – as are his generational “love letters” to Manhattan and popular music.  Sure, you might not be able to recognize a Lesser Lumet film right off the bat, but a Great Lumet film (and there are more than a few) is instantly recognizable in my eyes.

Apart from Network (1976), which is in a class by itself, here’s my list of Lumet’s essentials:

Rest in peace, Mr. Lumet.  There’s no reason to be “mad as hell.”  Your contribution to cinema will never be forgotten.