A Wheel Upon the Earth

While living for six years in the New South at the turn of the millennium, I was struck by a certain I-don’t-know-what-ness.  Underneath the smothering yet genuine gentility and kindness there was still an undercurrent of “sticking to your own kind” – and it wasn’t just down lines of race, but down political, religious and social class lines.  Birds of a feather should flock together.  This certainly isn’t unique to the New South.  This undercurrent (sometimes seen as a tidal wave) has always existed to varying degrees across the world.  But what made it unique in my eyes, and positively Southern, was that it was coupled with this melancholic and melodic nostalgia for a time before that was better than now – yet it was a time that was not clearly defined, only dreamt about, perhaps having never really existed and only ever dreamt about.  It begs the questions, when exactly was it better?  What about the good ol’ days of Jim Crow?  Was it better during the Great Depression?  Was it better during the days of Slavery?  Or maybe it was better before any white or black men set foot on the land and there were only trees, beasts and Native Americans?

Yet even I found the milieu intoxicating…the whole “Country Time Lemonade” commercial-ness of it all – lazy Sunday afternoons on the porch, Ma and Pa sipping on sweet tea, the kids running barefoot through the tall grass – the kind of laid-back twilight feeling that “once upon a time…it was always like this…it could always be like this…if only….”  And for the better part of those six years I yearned to let my North East jackass-ery and uptight-ness slip away into a world of Yes, Sir’s…No, Ma’am’s…and Thank You Kindly’s.

I think maybe writer director Robert Persons was trying to capture that I-don’t-know-what-ness of the New South in his troubling yet haunting experiment, General Orders No. 9, which exists as an amalgamation of poetic voice-over, ambient music, stunning images verging on still-life, animated maps and an overall “otherworldliness” of bygone times set to the crawling cadence of 72-minutes on film. 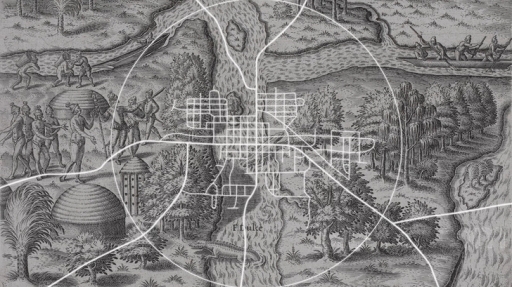 General Orders No. 9 refers to the document Robert E. Lee handed to his troops ordering them to surrender to Ulysses S. Grant thus ending the Civil War and marking the death of the Old South.  This is never explained in the movie.  Nor is the Civil War ever explicitly mentioned.  We only hear briefly about “a war that happened here…over a hundred years before this generation was even born” while gazing upon an old obelisk-shaped tombstone tilting over while sinking into unsettled ground in the middle of the woods.  It’s as if the Civil War was only a dream…and things back then really were better…simpler.

Persons is not subtle about his central thesis – cities (in this case Atlanta) are bad, small towns are good, and the countryside is sacred.  The city is a manhandled monstrous machine…the countryside is everything that is good and gooder than good.  The thesis is too simple…like the dreams of war…and of a better time.  It’s also redundant in presentation.  In his pretensions to evoke Faulkner, Persons misses what made Faulkner gooder than good – what made him great.  Faulkner presented the emerging New South as it really was in all of its vain glory with all of its blisters and scabs as well as its gentility and beauty.  I still hold to this day that his Light in August is not only the greatest testament to the bastardized child that emerged from the burned carcass of the Old South that is the New South, but it’s also the greatest novel of all time.  As I stated when I originally made that claim in the early years of this blog, “Faulkner took feelings and moments often rendered indescribable beyond words in their raw power and dripped them in over 500 pages of sweet poetic molasses.  With Light in August, Faulkner performed nothing short of a miracle; he gave words to the unspeakable.” 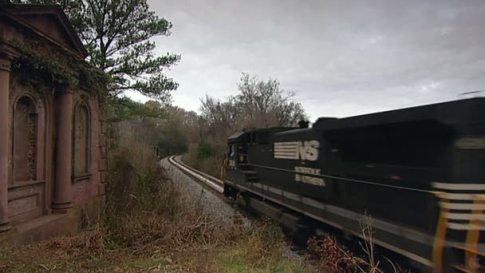 Persons feebly attempts to give words and images to the unspeakable…to the I-don’t-know-what-ness.  But he’s too shallow in his interpretations.  And he contradicts his own thesis when he claims that there is an order to nature, an order to the small town, but the city is void of order.  The narrator says this while Persons shows us images of perfectly symmetrical hallways and buildings and blocks upon blocks of gridded streets and skyscrapers that were modeled after the same concepts that built the small towns he showed us earlier with his animated maps.  His chronology is often jumbled as well when he claims that highways allowed the city to come into being, when in fact, cities (and this city of Atlanta in particular) existed long before the highways ever came to be.  Hell…did he forget that Atlanta was burned to the ground by Sherman long before the interstate was even dreamed of?  Person has a nagging fear of everything…the countryside…the old ways…even our graves…being paved over…of sprawling cities and interstates stifling the entire world.

Yet much of the film is hypnotic in its own, troubling, unique, weird, genteel way…not unlike the New South itself.  Yet it also annoyed me in its simplicity, in its stubbornness over not addressing the reality of the past, and in Persons’ embodiment of that narrow-minded undercurrent.  I couldn’t help but think of another great writer who emerged simultaneously with the New South…Georgia’s own native daughter, Flannery O’Connor.  I’ve just begun immersing myself in her short story collections, and it’s clear to me right off the bat that she was the master of calling out the self-righteousness of various Southern characters and delivering subtle comeuppances that challenged their views of the world.  Persons strikes me as the type who deserves a little comeuppance Flannery-style.  Though if he read this or met me, he would probably argue that so do I.

And I also couldn’t help feeling it was serendipitous that I watched this film on the same weekend as Earth Day.  There’s a powerful undercurrent of mourning a separation from nature.  Here Persons presents the fields and woods and streams of rural Georgia as hallowed, sacred ground that deserve to be preserved.  But do we need to preserve them because they are inherently sacred (and better than the grounds of the town and of the city) or do we need to preserve them because of the meaning and emotions we fix to them?  Are they not the places where our dreams still live, where nostalgia breezily inhabits and our bare feet long to traipse through?  We need to preserve them because we need that space filled with our dreams to live on long after we are gone.   But some of us also long to pulsate through the cityscapes alive with millions of charged people and dreams crammed into the same electrified space that evokes an interconnected multi-verse unending.  Ah, are there not a million stories in the naked city?  Is that also not sacred space?  Can we not appreciate both?

And that’s what makes, in spite of all of its faults and contradictions, General Orders No. 9 worth watching.  If you allow it to, it will cause deeper thoughts to arise from its narrow simplicity…and those thoughts can spoke out from the center of the film and create a wheel upon the earth.  The world is so much more treacherous, beautiful, complex and multi-layered than either Persons’ or my imagination could ever conjure.  There’s an I-don’t-know-what-ness that is boundless from time and place.  It’s everything and nothing, everywhere and nowhere.  Faulkner wrote about it being fecund and of the ground.  But I can’t bother thinking about that.  Now pass me some of that sweet tea, suge.