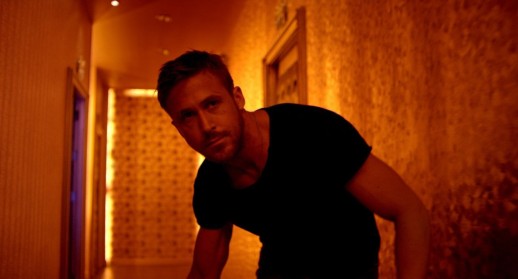 A piece of human scoria (Billy Burke) with strong ties to the Bangkok criminal underworld murders an underage prostitute and is then justly dispensed of by the avenging angel ex-cop, Chang (Vithaya Pansringarm), which sets off a sequence of violent events as Billy’s brother, Julian (a practically speechless Ryan Gosling), is ordered against his will by his evil wicked-witch of a mother, Crystal (Kristen Scott Thomas – so brilliant at going against type and positively oozing with diabolical dirt-baggery), to mete out Chang.  Suffice it say…(am I spoiling anything here?)…wrong move, brother.  Only God Forgives is a film about the scum of the earth…ahhhh…but it’s an art film!

If Nicolas Winding Refn’s Drive was the best neo-noir “love story in the city of dreams” since David Lynch’s Mulholland Drive, then Only God Forgives is a despicable neo-noir “hate story in the city of sin.”  Overloaded with religious symbolism (is Crystal the Devil and Chang some kind of vengeful Old Testament God?) and characters sweating with self-loathing, the film is a bitter pill to swallow.  And for this viewer, watching a thinly drawn protagonist I barely know/care about (Julian) continue down the path of self-destruction as some sort of atonement is a major chore.  It’s an “idea” we’ve seen many times before and is becoming rather banal in the world of avant-garde shock-indie cinema. 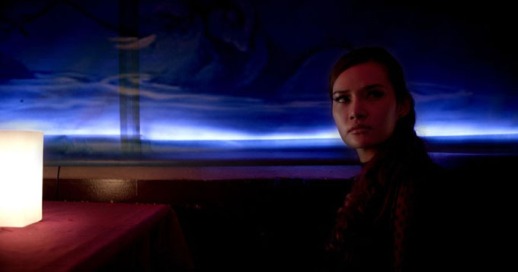 Yet, as I said, it’s also so painfully an art film.  The music from Cliff Martinez (who also worked on Drive) is hypnotic, and the cinematography from Larry Smith is edited in such a way as to create a dream-like and disorienting cadence.  Refn moves the camera slowly down moodily lit Kubrickian hallways and savage Noe-esque back-alleys.  The colors are over-saturated in a resplendent way (I was sucked in by all of those deep reds, oranges and blues) and then lit like a Christmas tree, and it’s not surprising to learn Larry Smith was a lighting operator on Kubrick’s swan song, Eyes Wide Shut.  Refn amps up the film with all kinds of graphic violence (some of which I’m still not sure if I actually saw…or was it only implied?) and psychosexual over-and-undertones, as if he was taunting Lynch…look…I can juxtapose the ugly with the beautiful in even more unnerving ways than you!  Witness how Refn uses the pulchritudinous Thai actress Yayaying Ratham Phongam (see image above) as a prop in his carefully crafted creeping mise-en-scene.  She’s threatened by manhandling and violence as a prostitute…but she always keeps her cool and composure, and she may be the only character and performer to escape Refn’s inferno unscathed.

Ultimately Only God Forgives is a film to make of what you will, and for me it was the hellish and nearly unbearable flip side of Terrence Malick’s worldview (another director whose films you often have to make of what you will).  Did Refn craft a work of art that was uncompromised?  Yes.  Did I care?  Not really.  But damn…that music and those hallways and that lighting…it’s like an art lover’s deranged dream of Bangkok on the eve of their first trip to Thailand.  Gloomily, when you wake up in a cold sweat, you realize you don’t want to go there.