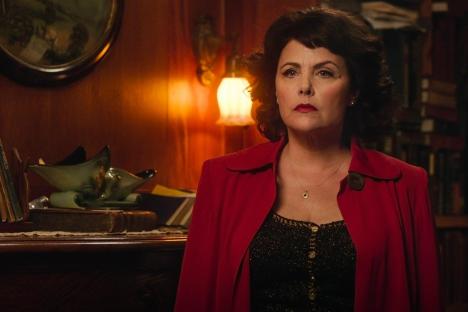 “You are awake. Finally.”

After taking Richard Horne to the bogus coordinates provided by Jefferies last hour and using the boy (whom he later refers to as…DUN DUN DUN…my son) as bait leading to a most electrifying (and satisfying) destruction of said bad seed, Bad Cooper texts Diane, leading her to remember the coordinates to the Twin Peaks Sheriff’s Station (now confirmed as the place to be) and a horrifying confession to Gordon, Albert, and Tammy that reveals Diane to have been…DUN DUN DUN…manufactured. Lynch films these scenes like a jolt, all simultaneously brooding, revved up, and gasp-inducing. Laura Dern, in particular, delivers an astounding performance, rivaling her interview scenes from Inland Empire, but sped up for maximum effect. The pace here, after 15 laborious hours of meandering metaphysical and nostalgic nonsense (interspersed with the occasional atomic-level horror show) is a breath of fresh air that sooths while grabbing you by the throat.

Whoa, baby, but Lynch and Frost were just getting warmed up! Next, in Vegas, Lynch one-ups his “what should’ve been a quick kill to get that little black book that goes horribly and comically awry” scene in Mulholland Drive with a circus parade pile-up outside Dougie’s house featuring junk-food loving Jennifer Jason Leigh, her kill-loving partner Tim Roth (doing a howlingly lousy Bill Clinton-esque accent), the Vegas branch of the FBI, the Mitchum Brothers (complete with Candy, Mandy, and Randy), and a stressed out Polish Accountant. The most delightfully satisfying bit of dark, comic violence ensues.

Meanwhile, at the hospital following his run-in with a fork and an electric socket that leaves him in a coma, Dougie, finally springs to life (with the help of One-Armed Mike, a ring, and a seed) and reveals himself to be…TA DA! – Agent Dale Cooper. Kyle McLachlan’s return to those all-too familiar but endearing quirks and robustly wholesome confidence is enough to bring a tear to one’s eye. This, folks, is what we have all been waiting for. With the help of the Mitchum Brothers (and after rattling off earnest thank-you’s, tearful good-byes, and orders that make you wanna scream, “GO TEAM GO!”), Cooper sets clear coordinates for…you guessed it…the Twin Peaks Sheriff’s Department for an inevitable showdown with his corrupt doppleganger.

But wait, that’s not all! At The Roadhouse, Eddie Vedder shows up for a tune, during which Audrey and Charlie make their way to the bar. Following the poetically pertinent Vedder ballad, the MC announces…”And now…Audrey’s Dance.” Cue that dreamy music.

And like something from a dream, Sherilyn Fenn steps out onto the moodily lit dance floor and fulfills every fan’s wish…only to be brought to a screeching halt when a fight breaks out, and Audrey begs of Charlie to “get me out of here!”

Cue the bright white lights, and Audrey staring at herself startled…and awake?…in a mirror.

This hour, my friends…was a dream come true. And worth the wait. 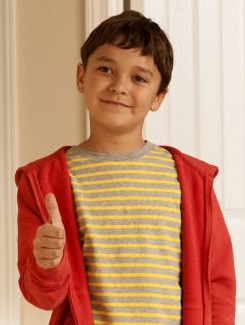 Until next week…for the two-hour finale!

What say you, fellow Peakers? What was your favorite fan dream moment come true in Hour Sixteen?