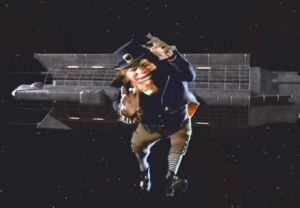 Well, those ever-expanding genre polls over at Wonders in the Dark continue…and next on their docket is the Top Sci-fi films.  Below is the list I submitted, and in the coming weeks and months they will be unveiling their list after all the votes are tabulated.  I went with a fairly liberal definition for sci-fi, hence some genre-bending monster and horror films made the cut (but alas, no Leprechaun in Space!).  Also making the cut are films like Being John Malkovich, as I saw in the film a “scientific” explanation for how people were able to enter the head of John Malkovich…an unnerving “fiction” for sure!

Sci-fi films from the 50’s, 60’s, 70’s and 80’s (along with Universal Monster movies from the 30’s) ruled my childhood as they were shown in endless loops on local television on the weekends…so there are many sentimental favorites here.  The list topper, from one Stanley Kubrick, should come as no surprise for my readers, as it is also a film I routinely name in my revolving Top Five Films of All Time.  Coming in at number 2, might surprise some, as it’s also a Universal Monster classic…James Whale’s Frankenstein, a great film based on Mary Shelley’s trailblazing sci-fi-by-way-of-parental-wish-fulfillment-nightmare gothic novel.

The best science fiction films typically tap into some disturbed psychology and common fears…hence its natural and seamless blend with horror (see Alien).  Satire, both gentle and militant, mixed with science fiction can also be potent (see the works of Jonze and Verhoeven and Miller).  At its most noble, science fiction allows us to dream bigger dreams (see the best of Spielberg and Nolan).

I’ll let the rest of the list below speak for itself – links provided to more detailed write-ups and reviews of applicable films provided by clicking the title. END_OF_DOCUMENT_TOKEN_TO_BE_REPLACED

A Guide to a Great Halloween Horror Film Festival

Step One:  Set the mood with the classics. 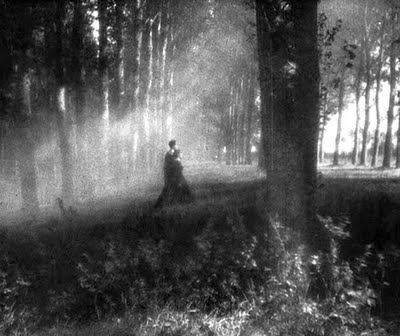