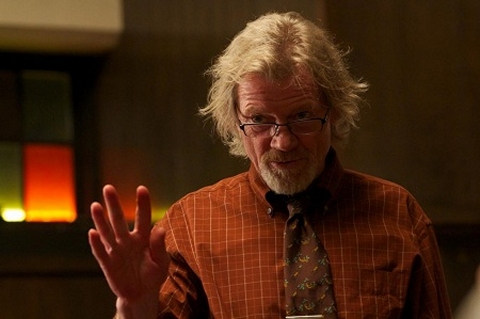 I do not come in peace.

As a man best know for his blue comedies and ear for hipster geek dialogue, nobody would’ve ever accused writer/director Kevin Smith of profundity.  Over the years Smith has been at his best when he’s fiercely independent (Clerks, Clerks II, Chasing Amy) or when he’s courting controversy (Dogma).  The rest of his cannon has been fairly forgettable.  Yet here with Red State, an independent and doggedly controversial film that has escaped mainstream release and instead premiered on-demand (after a few key one-off preview screening events), Smith has performed one of the strangest about-faces in modern film.  It’s a mish-mash of genres – part psychological thriller, part horror film, part satire – and though unnervingly uneven, by many measures its Smith’s most accomplished film.  And best of all – love it or hate it – it’s a film worth talking about. END_OF_DOCUMENT_TOKEN_TO_BE_REPLACED