This War Has Put an End to Decent Things 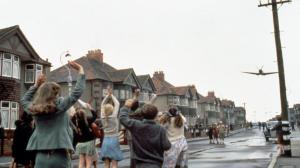 For many, childhood is a war: a battle of wills with adults, a rage against growing up, a fight against awakening into the violent world of adulthood.  It’s not surprising then that many of the greatest films about childhood and coming of age take place against the backdrop of actual wars.  Three of the top five films in my list of the 41 greatest films about childhood involve war and how children and adults learn to deal with it in different ways.  Many of the films on this list (including the film at number one) are no doubt sentimental favorites (arguments could easily be made there are grander artistic achievements further down the list).  It should come as no surprise that these sentimental favorites were first seen in childhood and that many of the films come from directors delving deep into the wellspring of nostalgia and semi-autobiography; those indelible moments from our shared childhoods crystalized onto the silver screen.

I was about the same age as the protagonist, Billy Rohan, when I first saw John Boorman’s Hope and Glory.  I loved every bit of it, and even at that young age I knew there was something unique about its point of view.  It painted war as how I imagined I (as a child at the time) would’ve reacted to it: a blast of excitement in an otherwise mundane suburban life previously populated by games and make-believe.  Here my soldiers and toys had come to life, dirigibles suspended in air over my streets, German bombers flying overhead, danger and adventure lying in the rubble of my neighbors demolished homes.  The juxtaposition of adult horrors and children’s games (a juxtaposition dealt with far more seriously and catastrophically in films like Forbidden Games and Come and See) resulted in a picture of scrappy, working-glass survivors striving for a sense of normalcy and return to innocence in a world gone stark raving mad.

Watching Hope and Glory as child I was enthralled by the child’s eye view of World War II and the German blitzkrieg of London.  I’ve watched it many times over the years and its shades and shadows of the human condition under stress undulate in both nuanced and histrionic ways as I grew into adulthood.  Watching it now in my thirties I’m struck by the over-the-top nature of the adults in the film (who often responded to the stress of war with hysterics, gallows humor, irrational actions or drunken wistfulness).  I hadn’t noticed in my early viewings the quick crumbling of the marriage of Molly and Mac, or the quietly tragic unrequited love between Mac and Grace.  The tween-age Pauline has also emerged in later viewings as one of the most fascinating marginalized characters, displaying on the sidelines the stages of grief in both tempestuous and innocent ways after her mother is obliterated along with her house, a young girl forced to grow up too fast, clinging to that last thread of childhood.

It’s also funny that this sentimental favorite, like my own memories of childhood, exists somewhere in that strange in-between world of holding up well and not holding up well at all.  My recollections of the film are often more inspiring than sitting through it for the twentieth time.  Yet still, I will never forget it…like Billy says in the film’s classic closing moments, “In all my life nothing ever quite matched the perfect joy of that moment. My school lay in ruins, the river beckoned with the promise of stolen days.”

I’ve compiled this list as my official ballot entry for Wonders in the Dark upcoming Top Childhood Films Countdown, sure to be another epic film-lovers extravaganza of fantastic essays from the premier independently run film blog and written by some of the most esteemed film bloggers I know.  Like most participating, I went with a loose definition: any film where a child or teenager, or someone’s childhood, plays a major role in the action on-screen.

Without further adieu, I present to you The Spin’s Top 41 Films about Childhood: 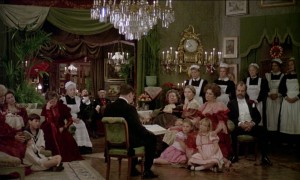 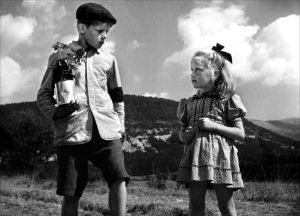 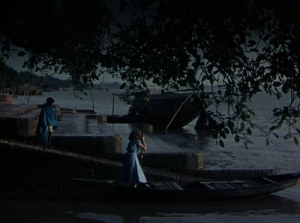