Yes, Virginia, Season Two of True Detective was Better than Season One

…but there is no Santa Claus.  If I’m gonna be controversial, might as well go whole hog.

Umm…obviously there are spoilers here, so if you didn’t watch all of Season Two yet, go watch it, and then come back and read and share your thoughts with The Spin. 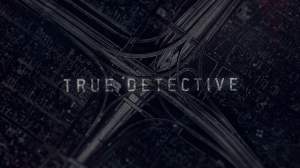 With the finale of True Detective’s Season Two now in the books, everyone is playing Monday morning quarterback.  Some, like Vox Culture’s marginally clueless Todd VanDerWerff, have gone as far as saying the whole season (finale included) was an utter disaster.  I have to ask what the hell he was watching?  While he does make a few fair points (that he then overstates), his point #3 that, “The plot was way, way too complicated” is utter hogwash.  Complaining that a noir detective series has a plot that is too complicated is like ordering a burger topped with a fried egg and complaining that the yolk got all over the meat.  The general consensus, however, is that it paled in comparison to Season One and for the most part (despite some intriguing individual sequences, like the shoot-out cluster-f*** or the much ballyhooed orgy party) was a mess.  Well, if it was a mess (and by some measures it was, especially in the early going), then it was one helluva entertaining mess: a sprawling, dark, lurid, occasionally brilliant, always fascinating, mess that was more twisted than the LA area highways crosscutting the seedy badlands (and fictional Vinci) where our characters lived and died.  Many complained throughout the season that the most intriguing character on the show was the LA highway system.  It was one of the characters, and like, hello, it was also symbolic. And, sure, the symbolism on the show hit ya with a sledgehammer sometimes.  But at least it had the brains to be symbolic.

Though it lacked the singular cohesion that director Cary Fukunaga brought the eight episodes of Season One, this new season still brought much of the same in tone and style (from the freaky opening credits done this time to the creepy Leonard Cohen dirge “Nervermind,” to the great music both in terms of score and Lera Lynn’s haunting bar tunes, to the stunning cinematography).  Sadly, “much of the same” is seemingly all most fans wanted, and even though creator, writer and producer Nic Pizzolatto made it very clear this was an anthology series where the seasons would all be stand alone self-contained stories with a fresh cast playing all new characters each time, people lamented the absence of Rust (Matthew McConaughey) and Marty (Woody Harrelson), whose chemistry, banter, philosophizing and ultimate bromance turned them into mythic pop culture characters.

Yes, here in Season Two we had more characters with more complications and a convoluted plot involving crooked cops, secret identities, repression, sex, politics, drug lords and cover-ups that made viewers work for the payoff.  And while the season started off confusing and meandering, all those twisted highways and plot points converged in a finale that brought everything to a rousing close.  Whereas Season One capped off with a whimper (our buddies got their man and found Carcosa, but the deeper societal problems that allowed a plague of killing – namely of women and children – to fester in the bayou and beyond were left to fester some more while our heroes, battered and bruised walked off into the moonlight waxing poetic about the light beyond the darkness), Season Two was more of a crescendo building thriller that ended with a bang, where it was the women who were about to bring down the whole charade and perhaps create brighter futures for the sons of our slain anti-heroes.  Whereas the women were marginalized (brutalized and murdered whenever convenient or tossed aside) in Season One, Season Two ended with the women ruling the roost.  And while it missed the mark on creating mythic characters, here is where it matured, and in some ways, bested Season One. 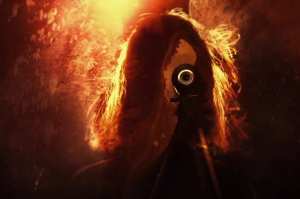 One of the biggest complaints of Season One was Pizzolatto’s treatment of women.  When Rachel McAdams was cast as a female detective for Season Two, it appeared as if he was correcting the ship.  But then her knife-wielding, rough-sex enjoying Bezzerides seemed cut from a cliché where a woman had to compensate for being a woman (as if that inherently made you lesser) by being tough as nails and a man-eater.  Her character became more complex than that, and though it wasn’t verified until the sensational Episode Six (where she infiltrated the ultimate man’s world of rich men at an orgy and escaped only thanks to her finely honed and specialized self-defense skills) that past child sexual abuse was to blame, you didn’t need to be a therapist to know that was her deal from the get-go.  Yet is was McAdams’ Bezzerides (and her revelatory and commanding down-but-never-down-and-out performance)  that redefined the narrative and made Season Two so thrilling.

Many thought Pizzolatto was just rehashing that old tired noir cliché: it’s tough to be a man in man’s world.  But those who thought he dwelled too much on that missed the point he was making about how, if this is indeed a man’s world, and what a shitty, shitty world it is that man has made, then it’s tougher than hell to be a woman.  And yes, I know, the men shaded with both darkness and light (as seen in Vince Vaughn’s noble and romantic crime boss trapped in a downward spiral, and his crooked but good-hearted cop buddy played by Colin Farrell, who at times, almost hilariously, seemed to be channeling Christian’s Bale’s Batman with every pained philosophical growl) had to sacrifice themselves to protect their women (played wonderfully by the wily and seductive Kelly Reilly and the aforementioned McAdams), it was still the women who, through their own wit and fortitude, took that extra step in the end to cast the light on the darkness still there and provided hope for the future generations.  It sure beats being left for dead in Season’s One flat circle of unending suffering.

Both seasons had their moments and deserve study, criticism, and praise.  I don’t think anything will ever top that Fukunaga helmed perfect tracking shot though bayou ghetto hell that left us breathless at the end of Season One’s Episode Four – though Season Two’s twisty tension riddled 90-minute finale sure as hell tried.  Season One was clearly more cohesive and singular in vision than Season Two’s studied convolution, though their payoffs seemed to work in reverse, as Season Two made you work to love it while Season One had you in the palm of its hand from the moment McConaughey opened his mouth and made you realize, “This is it!  The pinnacle of the McConaissance is Here Right Now!  Witness it!  Be at One with It!”.  But while most will spend their time complaining about what they didn’t like about Season Two (and I could make a list like that too), here I’ll close with my top seven things I loved about it:

So, there ya have it.  I’ll happily play the contrarian for Pizzolatto this season, and I balk at all the haters, hoping in my heart, that he’ll treat us to something in Season Three that will be just the right amount of same and different and will once again be a sprawling, dark, messy, beautiful thing that will give us all plenty to talk about, love and hate.

Check out my sprawling wrap up and thoughts on True Detective: Season One, where I infamously misheard the lyrics of the theme song and practically based my whole thesis on it!