My Thoughts Will Never Be Final on Twin Peaks 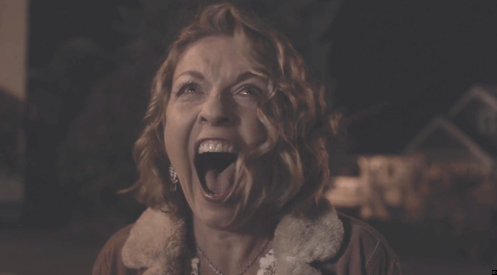 When that final gut-curdling scream rang out on that oh-so-familiar street in front of that oh-so-familiar house in that oh-so-familiar town from our oh-so-familiar anti-heroine, just as I had after every other hour, I raced to my laptop to churn out my blog post without much thought. I was a bit flippant, and ill-tempered, as that newly settling frustration of Lynch pulling the rug out from under us (again) was just beginning to simmer, and in my post (and haste) I wrote off the whole series to that Lynchian trope of being caught in an endless loop of suffering from which you can never escape no matter how hard you try.  And I still basically stand by that assessment…but oh, Twin Peaks, you are both just that and so much more.  Much like life itself, you are a walking contradiction.  A mirror unto yourself.

Now I’ve had time to digest the finale and read all the wonderful (and eloquent and thoughtful) theories out there in the media and on fans’ feeds.  And I agree with them all.  Those theories are mirrors of my own thoughts.  Nothing I write about here hasn’t been thought of by someone else who already wrote it down (and probably more astutely conveyed).

To those who think it was all a dream (and the dreamer was Cooper or Laura or both)…I agree with you.

To those who bemoan all the loose ends of characters (like Audrey) we have held so dear left dangling out in space with no resolution…I share your frustration.

To those who have sought (and in the absence of finding, instead created in the most inventive ways) explanations for every little detail of the series…I do that too (and you’re smarter than me…why didn’t I think of that!)

To those who believe the show literally depicted a cosmic battle of good beings and evil beings spread across time and dimensions…I can see that, too.

To my friend from work, Mike (no, not one-armed Mike…though both fill a similar function in my understanding of the series), who basically said everything about the Return I wanted to say, too…yeah, man….right on!

Twin Peaks was all that…everything…and more.  It was off the wall goofy, crazy, scary, cathartic, sad, awful, wonderful, magic, tragic, and bewildering.  At times it was artistically amateur hour (seriously what the hell was that punching match in Hour 17 between Freddie and the Bob orb?) while at other times it was the height of cinematic craftsmanship (Hour 8, anyone?).  It made no sense, and it made total sense.

But most of all, it held a mirror to us (and just what the mirror would show, I mused on prior to The Return’s premier).  As it turns out, it was a mirror to the human condition.  To aging.  To changing times.

In Lynch’s fantasia, Cooper can become Bad Coop or Dougie or Richard, Diane can become Linda (or a tape recorder?), Laura can become Carrie, and Philip Jeffries can become a kettle…but it all represents the same concept.  Names can change.  The place can change.  Physical forms can even change.  Time will march on (or even backwards).  But the human condition (one of constant battle between light and dark, good and evil, endless suffering, joy and pain, whatever you want to call it) is eternal.

And this Return brilliantly held a mirror to our communal lives, our collective psychologies.  The more surreal it got…the realer it became.  In real life…stories continue…endlessly.  Chapters might close.  People might die.  But there are loose ends everywhere…just like in Twin Peaks.  Real life is absurd and bizarre and full of strange characters who are in our life one minute and gone the next (oh Beulah…Jade…Chantal and Hutch…weird vomiting girl in car).  And we all have loved ones (like Audrey) who sadly we might have “heard some sad things about” but never really found out what happened to them.  Real life is full of mysteries that are never solved.  People change…yet the common threads holding us together remain the same.

Take for instance our current politics, which, with all the references to it being a world of truck drivers, Lynch uncannily tapped into perfectly.  Fascists vs. Liberals.  Or however you want to classify them.  It’s nothing new.  The names and players change throughout history and the tide of fortune ebbs and flows for both groups…but it’s always come down to those who wish to control others (agents of the Black Lodge?) vs. those who wish to be free (agents of the White Lodge?).  The struggle is eternal.  Just as the negative energy of Judy/Chao-Day and the pure evil of Bob is eternal.  Just as the purity of a Dale Cooper’s desire to help others and re-right what went wrong (wait, is this Quantum Leap?) is eternal.  Just as the idea of a fallen angel (Laura Palmer) is eternal.  The pitting of these things against each other is eternal.

And no matter how pure we are in our intentions, we can never change the past.  Cooper’s folly was thinking that stopping Laura Palmer from being murdered by her own father would lead him to Judy, whom he could finally stop – and some kind of peace could cover the world.  But he later learned, no matter what kind of alternate world that change created…the pain and suffering and abuse Laura suffered up to that point still happened.  The negative energy Judy was emitting, still went out into the world.  Someone…somewhere…was still being terrorized.  Once a cycle of violence and suffering begins, it cannot be stopped.  And THAT SCREAM…it will always be out there in the darkness…in the night.

But so too will there be echoes and call backs in the darkness.  Goodness and light.  Simple, kind people like Andy and Lucy might save the day (even if just one day!) and triumph over evil.  Young people yearning to have meaning (Freddie Sykes) can fulfill a destiny bent towards goodness.  Kindness can be shown in the most horrific of moments, like battered old Carl comforting that grieving mother whose son was just killed in a hit and run.  Shelly might keep picking losers for lovers, but Big Ed and Norma can finally be together.  When we want good to win…when we manufacture it (see the happy ending for Dougie, Janey E, and Sonny Jim), it will win.  (WE ARE THE COOPERS WE WANT TO SEE IN THE WORLD!)  And this loop, too, is eternal.

Yes, I agree with my original assessment.  Maybe we can find ways to move on, slow down the loop, or shift its course just a little.  One scream at a time. Find its source. We can’t change what happened, but maybe we can lessen its power over us going forward.  Or just simply acknowledge it.  Laura…we hear you.

I don’t know if there will be more Twin Peaks or not…but just as the original series has lodged an eternal spot in my thought patterns…so has this Return.  One version of Twin Peaks does not diminish the other, no matter what one’s interpretation of it is (was the whole original series just a dream?).  And if we communally return to that place…in another time…we’ll ponder that new version too.  Either way, the loop continues.  Nothing is ever final in Twin Peaks.

I was initially very annoyed by all the scenes of Cooper and Diane, Richard and Linda, Richard/Cooper and Laura/Carrie driving in that final hour of the Return.  But now I realize Lynch might have been trying to help us…and that maybe in a world of truck drivers, the best thing for people to do is to keep on…driving.

Written by David H. Schleicher (but thought of by everyone)