I believe it was Chaim Potok who once said something to the effect of “all great literature is about the clashing of cultures.”  In his novel, The Chosen, his insular idea of culture clash was an Orthodox Jewish boy befriending an Hasidic Jewish boy.  I think the same can be said of great cinema, though independent filmmakers often take a more volatile approach.

Below are four films that have passed through my Netflix queue this year that I believe deserve to be singled-out, praised, buzzed about…chosen.  All four are in a way about the clashing or melding of cultures and the effects that has on individuals, and three of the four are from directors with immigrant heritages.  Three of them have a good chance of making my top ten list for 2009, while another (from 2008) is in the running for my top 25 of the decade.  As is often found in independent films, with lower budgets and tighter focus on achieving a personal dream, filmmakers hone in on story and character with often startling results.  Low profile or lost in the shuffle either due to foreign origin or lack of widened stateside distribution, they deserve a larger audience, and those selective cinephiles who routinely uncover them have a duty to pass on the word.  Queue these up, post haste.

The Edge of Heaven (Fatih Akin).  Akin’s acclaimed film received a 2008 release here in the states and generated some mild buzz and decent business, though I didn’t catch up with it until this summer.  The multilayered episodic plot of the film is impossible to summarize in a capsule review, but it involves the intertwining stories of a college professor, a prostitute, a troubled political activist and others against the backdrop of Turkish immigrants in Germany.  Expertly told in an elliptically folding manner, the narrative is riveting to watch unfold and the characters’ actions are unpredictable and at times heartbreaking.  Like the films of Mexico’s Inarritu, the film globe hops (from Germany to Istanbul), and like the films of Canada’s Egoyan, Akin’s own Turkish German heritage is held up to a mirror.  Just how good is The Edge of Heaven?  Had I seen it in 2008, it would’ve been my pick for the number one film of the year in my annual top ten list and it is currently on my short list for the top 25 films of the decade.  Literate, bold and startling, international cinema doesn’t get any better than this.

Goodbye Solo (Rahmin Bahrani).  A decidedly American film set in Winston Salem, North Carolina, Bahrani’s quiet and powerful character study shows us  the story of Senagalese cab driver (with an Hispanic wife) taking on the odd job of driving a depressed old “Southern” man to what may be his final destination in Blowing Rock.  The whole “odd couple friendship” that blossoms out of the obvious culture clash may sound hokey, but Bahrani elicits subtle performances from his leads, and this combined with subtle direction in the closing scenes on the winding road through the Smoky Mountains to and from Blowing Rock leaves the audience in a contemplative mood.  This is the perfect example of a fresh, thoughtful American independent film. 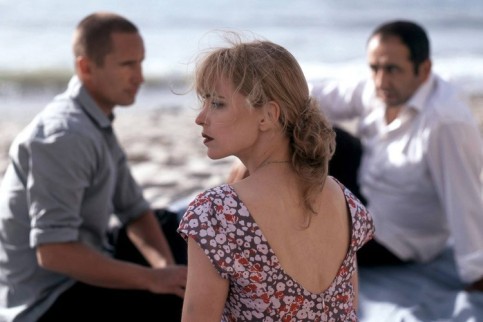 Jerichow (Christian Petzold).  Apparently the best films coming out of Germany today (like Akin’s aforementioned masterpiece) are about Turkish immigrants.  This one has what sounds like the plot of a Hollywood potboiler:  Dishonorably discharged from his service in Afghanistan, a German soldier comes home and becomes entangled with a Turkish businessman and his mysterious wife.  This is one of those films with a deliberate pacing that reveals nothing of what’s to come, and the screenplay and the performances allow you at times to despise and sympathize with each of the main characters who are anything but one note.  Tiny details of everyday life are gleaned, like how a snack shop empire is run or how cucumbers are harvested, while stunning and haunting images of Germany’s northern countryside and shoreline are used as backdrops for a searing but refreshingly restrained melodrama.  The denoument and final line are haunting.  Hollywood would’ve killed to have made something this good.

Strangers on a train in SIN NOMBRE.

Sin Nombre (Cary Fukunaga).  Fukunaga’s slick and stylish love story/crime saga was a minor hit on the art-house circuit earlier this year.  Aboard a train heading north, the paths of a Honduran teenage girl and a Mexican gangbanger cross while both plot daring escapes to America.  The director puts both the plights of illegal immigrants and the culture of gangland violence in-your-face.  The story arc where the two become starry-eyed for each other is a bit cliche, but it works for the most part.  There are shades of everything from City of God to Traffic to Romeo & Juliet, to dare I even say it…The Last of the Mohicans — check out the artistic preening and posturing of the gangbanger’s tattoos!  Fukunaga is a gritty romanticist, a master of violent montages and small intimate moments that create a tapestry that’s easy, though at times uncomfortable, for the audience to weave themselves into.  Sometimes shocking, a little bit predictable, Sin Nombre is a great entertainment.