I pride myself on always finishing a book, no matter how arduous it is.  There have been plenty of bad juju page-turners I’ve eagerly slogged through over the years…cough cough  – The Da Vinci Code – cough cough  – The Ruins.  Hell, I even got through the vile piece of trash that was Clive Barker’s Mister B Gone.  I don’t know if it’s the writer or the masochist in me – but I always finish a book.

Well…almost always.  Some books I just can’t seem to pick up after putting them down – those anti page-turners.  Some of these may actually be good books but just not my cup of tea, and I struggle to return to them when a Raymond Carver collection is sitting on my shelf or the latest issue of The New Yorker has just arrived.

Right now I’m suffering through a double whammy with two novels that couldn’t be farther apart in theme and style -Steve Earle’s new psychedelic Baby Boomer ode to the 1960’s, I’ll Never Get Out of This World Alive; and the uber-classic big thick novel that is Leo Tolstoy’s War and Peace.  Despite my most valiant efforts, I can’t seem to finish either one of them, and I fear they may join my short list of dun dun dun….

Books I Will Never Finish Reading

Title:  I’ll Never Get Out of This World Alive 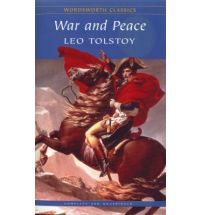 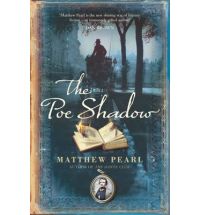 Written by David H. Schleicher
For my full list of reads, click here.
What books, good or bad, have you not been able to finish?