Box office receipts were down in 2011 – but that doesn’t mean it wasn’t still a very solid year for cineastes.  A sluggish economy; the ascendance of launching specialty films through VOD; and an unseemly glut of similarly minded, awkwardly titled sequels, prequels, threequels, reboots, preboots, 3D flicks, animated tales and family films left most moviegoers either broke, confused or disillusioned.  Despite this seeming rut, there were still plenty of diamonds in the rough both in the art houses and the cineplexes during this long, weird year in film.  Like Smetana’s Die Moldau (used so righteously by Terrence Malick in The Tree of Life) these great films whispered to us quietly at first, almost like a hum from the distant past…and then announced themselves with bombast.  Memory, myth and the magic of cinema were boldly on display for those willing to indulge.

For those lucky and daring enough to see it, Thai director Apichatpong Weerasethakul took us down the cosmic rabbit hole and cycled through time in Uncle Boonmee Who Can Recall His Past Lives (a film technically from 2010, but that didn’t see its limited release stateside until March 2011).  It was a fitting way to start the year, as what emerged from this cosmic cycling for the observant filmgoer was nostalgia run gloriously amuck.  All year-long nostalgia was evidenced in just about anything that gained traction – from multiplex concoctions like Super 8 and Captain America, to art house fare like Midnight in Paris and The Artist, to populist Oscar-grab flicks like Hugo and War Horse.  This longing for the simpler, happier days of the past seemed to be at war with films overwhelmed by an impending doom (see Melancholia, Take Shelter or even Margin Call). Filmmakers were simultaneously hung over from the global economic crisis and fascinated by the 2012 apocalypse predictions.  Meanwhile, the big studios lazily greenlit a ton of stuff we’ve seen before…but in handing these projects over to up-and-coming directors trying to prove something rather than the usual hacks, films like X-Men: First Class, Rise of the Planet of the Apes and Mission Impossible: Ghost Protocol were far more entertaining than they had any right to be.

One film dared to touch on both this sense of nostalgia and the depressing sense of doom, married it with a spiritual study of grief, and bookended the tragedy and uplift with the beginning and end of time.  The Tree of Life was reminiscent of a multitude of past great works and echoed themes seen in other films that would stand tall in 2011 (most notably Melancholia and Take Shelter) but it was also unlike anything we’ve ever seen, and Terrence Malick confounded audiences with his meditation on the very meaning of our existence in this crazy, chaotic, beautiful world.

The year closed out just as it had been prophesied with a glut of familiar films (two nostalgic family films from Spielberg? two Oscar hopefuls celebrating silent cinema? seven hundred and twenty-eight kids films? a remake of The Girl with the Dragon Tattoo already?) that didn’t produce anything that compared to what we saw earlier in the year from Weerasethakul, Malick or Von Trier, but the quality and the sentiments were high.  Hollywood came across as that abandoned puppy dog begging the audience to let it please them.  And we opened our pocket-books.  The hope for something original in 2012 is dim, but at least we’ll have the light from Malick’s The Tree of Life to look back on fondly with nostalgia and heartache.

The Year in Pictures: 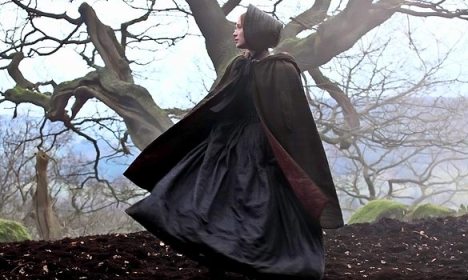 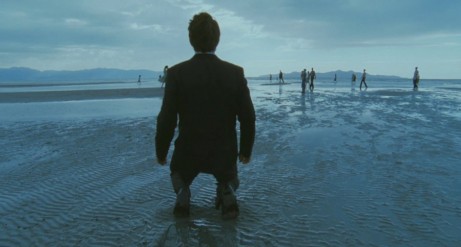 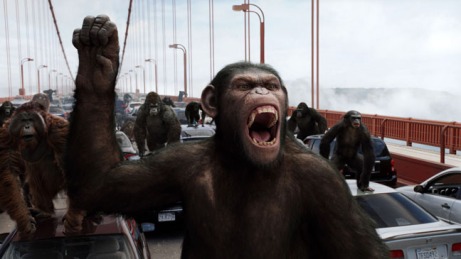 So blow up your Golden Globes and sit on it, Oscar!

Awarding Excellence and Idiocy in Film for the Year 2011.

Films I wished I had been able to screen prior to this:  Mysteries of Lisbon, Moneyball, A Dangerous Method, Hugo, Carnage, A Separation, We Need to Talk About Kevin

Best Picture:   The Tree of Life

Best Director:  Terrence Malick for The Tree of Life

Best Supporting Actress: Jessica Chastain for The Tree of Life and Take Shelter

Worst Screenplay:  Dustin Lance Black for his complete mess of a script for J. Edgar

Best Soundtrack (of previously composed material):  (TIE) for the amazing use of classical music in both The Tree of Life and Melancholia

Best Cinematography:  Emmanuel Lubezki for The Tree of Life

Best Special Effects:  Rise of the Planet of the Apes

Most Overrated Film:  The Artist

Best Sci-Fi Film (Not Based on a Franchise):  Source Code

Film I Forgot About from Earlier in the Year but Just Remembered Now that I Really Liked:  Cedar Rapids

Movie Trend I Thoroughly Enjoyed:  The varied, artistic and probing looks at psychologically and emotionally disturbed people and how their illness affects their families (The Tree of Life, Melancholia, Take Shelter)

Movie Trend I Ignored:  Films dealing with sexually dysfunctional/disturbed people (The pop-comedies No Strings Attached and Friends with Benefits, or the artsier A Dangerous Method and Shame)

Worst Picture (That Should Have Been Good):  J. Edgar

Worst Picture (That I Knew Would Be Bad):  Fright Night

Results from past Davies Awards can be found by clicking below:

We encourage feedback and suggestions for categories next year.

Reviews for many of the films mentioned here can be found under the “Movie Reviews” category.

Speak your mind and join the discussion by leaving a comment!