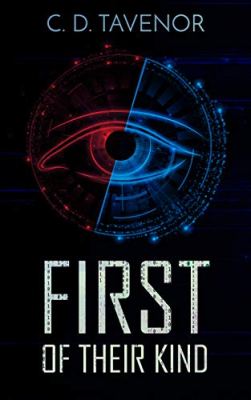 Science fiction is a genre I have a love-hate relationship with. It so often has been co-opted by fantasy and rarely focuses on the science half anymore. Even my once beloved Star Trek, which used to explore alien lands and space exploration through the veil of politics and philosophy, has devolved into action-based space opera nonsense. Sometimes when co-opted by horror (see Alien) it can be fun as hell, but more often than not schlock. And when it’s just one of the flavors of something more satirical and speculative, ala the works of Kurt Vonnegut or Margaret Atwood in novel-form and Black Mirror in streaming serialized form, it reaches my preferred heights. Then, of course, there’s the guilty pleasure of something like Verhoeven’s film adaptation of Starship Troopers (action! satire! fascism! horror! gore!)

But it’s been a long, long time since we had something like 2001: A Space Odyssey – Kubrick’s seminal film which turned science-fiction into a religious experience. Let’s not forget though, it was based on a dry, very serious-minded short story by legendary science-fiction writer Arthur C. Clarke. Which brings us to First of Their Kind…a novel I discovered while promoting my own during #IndieApril. I was nervous to approach it, as it was science fiction, and the last science fiction novel I read (Artemis by Andy Weir) was a huge disappointment. Thankfully, I took the gamble…

C. D. Tavenor’s debut novel, First of Their Kind, harkens back to the best work of Arthur C. Clarke. This is serious science fiction that focuses on well thought-out and researched science and its potential future applications. Most contemporary science fiction is more fantasy than anything, which made me turn away from the genre in recent years, but Tavenor lends heady philosophical, moral, and political questions to his tale of the first SI (Synthetic Intelligence) without ever getting too bogged down by the nuts and bolts of the science of it all. He’s created a near-future that seems plausible, and interestingly he tells his story from the point of view of the SI named Theren. The creativity of the opening passages detailing the SI’s awakening sucks the reader in.

The writing style is a bit dry, expository, and earnest, partly because of the POV, and partly because it’s so clear Tavenor did his homework. I personally longed for a little more of the human element, though one can’t deny the surprising emotional pull of the novel’s cliffhanging ending. Much like the SI itself, the novel also lacks a sense of humor. My favorite type of science fiction is of the speculative and satirical kind. Alas, Tavenor is no Vonnegut or Atwood…but he’s not trying to be either, so it wouldn’t be fair to fault him for that.

What Tavenor has done is create a believable, engaging, and thought-provoking vision of the future. This is a solid first entry in a series that promises more of the same where interplanetary travel hopefully expands Theren’s story outwardly while a deeper dive into their consciousness expands their story inwardly. Tavenor has the chops to take this epic tale some really special places, and I look forward to this future expanding.