The Timely and Timeless Dramas On Sal Mal Lane

On a relatively quiet street in suburban Sri Lanka children play, parents brood, and old folks reminisce while the storms of an inevitable civil war seem to gather on a different planet. But those dark clouds will eventually cover everything, and the children’s haven will be forever shattered, and soon peace only reachable in their imaginations.

The context of Ru Freeman’s heartbreakingly beautiful, intimate, and real 2013 novel On Sal Mal Lane is the Sri Lankan civil war that exploded in the early 1980’s. The threat was visible and violent, human madness gone viral. The threat we are facing today in 2020 is invisible and viral, but the emotions, the fear, the sense of impending doom, the desire to see a light at the end of the tunnel, a generation of innocence loss…this could speak to our moment now in the midst of global pandemic or to the people who lived through WWII just as much as Freeman’s novel speaks for those in Sri Lanka almost 40 years ago.

I started reading On Sal Mal Lane right before the world went on lockdown. My wife mentioned it to me many times before over the years, stating she thought I would really enjoy it as Sri Lanka always fascinated me. For whatever reason I kept shrugging it off, until just a few months ago. Like many of my favorite novels, this was the right book at the right time. The character arcs mirrored the arcs of our own lives, the civil war in the novel encroaching on the children’s domestic bliss just as the pandemic began invading ours.

Freeman’s “first-hand” but omniscient narrative insights into the worlds of children, as well as intimate knowledge of social mores and religious, racial, and political differences, make the reader feel as if they are a resident of Sal Mal Lane. Ceremonies, cricket matches, local fauna, the touch of certain fabrics, the taste of certain sweets, the smell of burning things…the details of the children’s lives are wholly immersive. As equally vivid as the details of the outside world are the details of the inner thoughts and emotions of the children. How she depicts certain arcs such as an evolving love and talent for music, or a brief affair with wanting to be a cricket start give shades and color to the children in ways rarely captured in art.

Regardless of the personal context I brought to my reading, it’s fair to say On Sal Mal Lane would’ve moved me to tears on any given day in any given year of my adult life. But the feelings felt now in the moment for the characters Freeman created couldn’t have been deeper. I will never forget the scene when the children’s schools were suddenly closed as riots began in the streets of Colombo and everyone was left to wander home through the chaos, or the excruciating choice one troubled teenage boy makes while caught up in the melee of the marauding mob that seals the fates of all down the lane.

On Sal Mal Lane is a timely and timeless masterpiece. It’s the type of art that provides solace and reminds us that we were, we are, never alone. We can connect with other people and characters from different times and in different places, in good times and bad, and in all the shades and colors of life. I’m so glad I met the residents of Sal Mal Lane when I did.

For another view into the beauty of Sri Lanka through the horrors of its civil war, I highly recommend another masterpiece, Michael Ondaatje’s Anil’s Ghost.

For an equally immersive and poignant look at ordinary people caught up in the storms of war and trying to survive, I highly recommend another masterpiece, Irene Nemirovsky’s Suite Francaise, famously written “in the moment” of the German invasion of France during WWII. 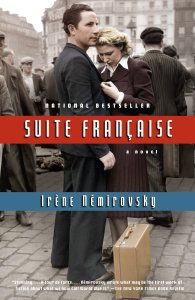