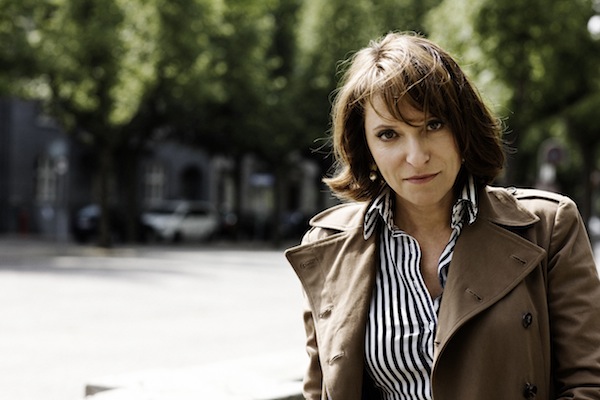 Danish director Susanne Bier allows her work to speak for itself...if you would just take the time to watch and listen.

Interconnected stories, family secrets, dead or absent parents, broken relationships, emotional distress, and people struggling to reconcile the stubbornness of their ideals with the harsh nature of their realities — these are the recurrent themes in the works of Susanne Bier.

There, I said it. And why do I have to qualify my statement by pointing out that she is a female director — why can’t she just be one of the greatest directors working today? Well, I would argue that she is. But female directors often don’t get a fair shake. Let’s be honest. It’s a man’s world out there, especially when it comes to directing and producing films. Also, while female directors are just as capable of honing their own unique styles as their male counterparts are, they often have a harder time expanding their horizons outside of the niche they build for themselves. Hence we have Sofia Coppola seemingly lost inside the dreamy world of privileged princesses, Nicole Holofcener quite pleased sticking to her astute dissections of bi-coastal bourgeois guilt, and glass-ceiling breaker Kathryn Bigelow hellbent on directing almost every film as if it was a personal f-you to her ex-husband James Cameron and all the big boys out there who think women can’t direct from a man’s point of view.

Meanwhile, male contemporaries of Bier’s like Lars Von Trier or Joe Wright create visuals just as experimental as Bier but have consistently applied their signature avant-garde styles to films across genres and outside of any niche (though one could make an argument that lately Von Trier has been trapped inside his own personal hell). Wright’s ability to put his stamp on films as seemingly disparate as Pride & Prejudice and Hanna is something no female director I know of has been able to do (which isn’t to say they can’t).

All that aside, I’ve never met a Bier film I didn’t like…a lot. In many ways she does for family melodramas what Christopher Nolan has done for crime thrillers. In fact, she seems to enjoy repeatedly killing husbands (see plotlines below) with as much relish as Nolan enjoys killing wives.
END_OF_DOCUMENT_TOKEN_TO_BE_REPLACED

I’ve never tried to obtain the encyclopedic knowledge of music that I actively seek with film and literature, but I know what I like, and I’d like to think I know raw talent when I hear it.  Amidst a busy weekend a-visitin’ and travelin’ to Atlantic City and then up to the Big Apple, the highlight was watching Robbie Gil perform at Rockwood Music Hall on 197 Allen Street in NYC on Saturday night.  Live music isn’t typically my thing (in fact, this might’ve been the first live music act I’ve seen since college), but there’s certainly something to be said for the intimacy and communal energy at a small and eager venue, especially when you know the performer personally and are there mingling amongst not just his family and friends, but his fans, who swayed hypnotically, bobbed their heads, smiled and sometimes sung along with his powerfully lyrical and heartfelt songs.  If you are a fan of live music (especially of the bluesy rock nature) and live in or visit NYC frequently, you’d be a fool to pass up the chance to see Robbie Gil perform.  END_OF_DOCUMENT_TOKEN_TO_BE_REPLACED