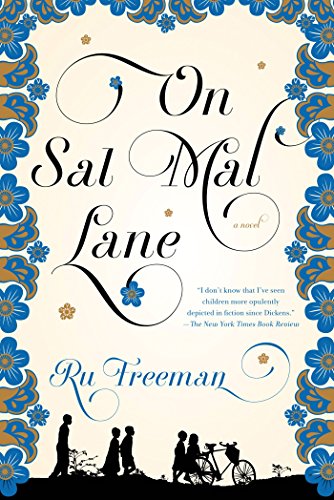 Don’t expect anything escapist and fun here (well, maybe something slipped in). But do expect to find common themes of tragedy, human fraility, resiliency, and survival.

Past Reads that Seem Fitting For Our Time:

I would be remiss not to plug my own works:

What’s in your reading pile this spring of extreme social distancing?

See all my reviews

Thomas Mullen’s debut novel, “The Last Town on Earth” tells a tale both intimate and epic in its depiction of a small Northwestern town that attempts to close itself off from the rest of the world during the height of WWI and the Spanish Flu Epidemic.

At times, Mullen’s writing style is long-winded and overly descriptive. He creates an amazingly detailed sense of time, place, and people in his descriptions of the town of Commonwealth and its inhabitants. However, the early sections move a bit too slowly and are plagued with the overuse of commas, adverbs, and adjectives and riddled with long passages where not much happens at all. Mullen is the type of writer who likes to describe something, describe something next to it, and then describe both things together in a slightly different way. He made the characters and situations compelling enough for me to want to read on, but this was one of those books I found easy to put down and could discard for days or a week at time.

Luckily, this all changed around the 200-page mark (slightly more than half way through). Once all hell breaks loose, and outsiders and the flu come crashing down on Commonwealth, the pace of the novel picks up drastically, and I had come to care for the characters so much (especially the Worthy family, Graham, and Elsie) that I could hardly tear myself away from the ensuing pages.

Mullen’s descriptions of the symptoms of the flu are vivid and graphic, without ever being gratuitous or reaching that gross-out level. Likewise, he handles the few scenes of visceral violence with a similar level of class. His often stilted style of writing is best suited when he describes the physical attributes of his settings and creates haunting, post-card perfect images of the town and people. Mullen should also be commended for balancing well the wide-eyed innocence of the teenage characters (Phillip Worthy and Elsie) with the grizzled wisdom of the adults in their life (Charles Worthy, Doc Banes, Graham, and the other mill workers) and the often inhospitable and brutal nature of their surroundings, predicaments, and reactions of their neighbors. He peppers his intimate small-town tale with lots of epic side-stories involving draft-dodging, labor strikes, warring timber mills, first loves, tragic childhoods, passionate romances, and political uprising. It all makes for grand drama.

Despite some flaws, “The Last Town on Earth” is an intriguing and intimate glimpse into a fascinating time and place in our not-so-distant past when some small towns attempted reverse quarantines to hold off the flu epidemic that ultimately killed 100 million people worldwide. This was also a time when many people felt strongly against America’s involvement in The Great War. The paranoia, the fear, and the guilt felt over decisions made mirrors events both past and current. It’s a timeless tale, told in a timely way, which will speak to many in a heartfelt and real fashion.